We offer a range of services

For more information drop us a line at: peacheypublications[at]gmail.com

PeacheyPublications.com was founded by Nik Peachey.

Nik Peachey is a blogger, teacher trainer, educational consultant and experienced materials writer and editor. He has been working in ELT since 1992 and has worked all over the world with companies like British Council, International House and Bell Educational Service as 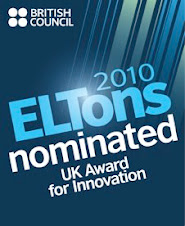 well as ELT publishers including Macmillan, CUP, OUP and a range of tech companies including Google as well as a range of smaller startups.

To find out more about any of these services contact us at: peacheypublications[at]gmail.com

Digital Publications for the Digital Classroom